Waking up in the morning can be difficult. Feeling exhausted and wanting to stay in bed is normal, millions of people feel the same way every morning. But why do we accept this? There must be some way to wake up refreshed and alert. There is, but you’re going to have to change your sleep habits. 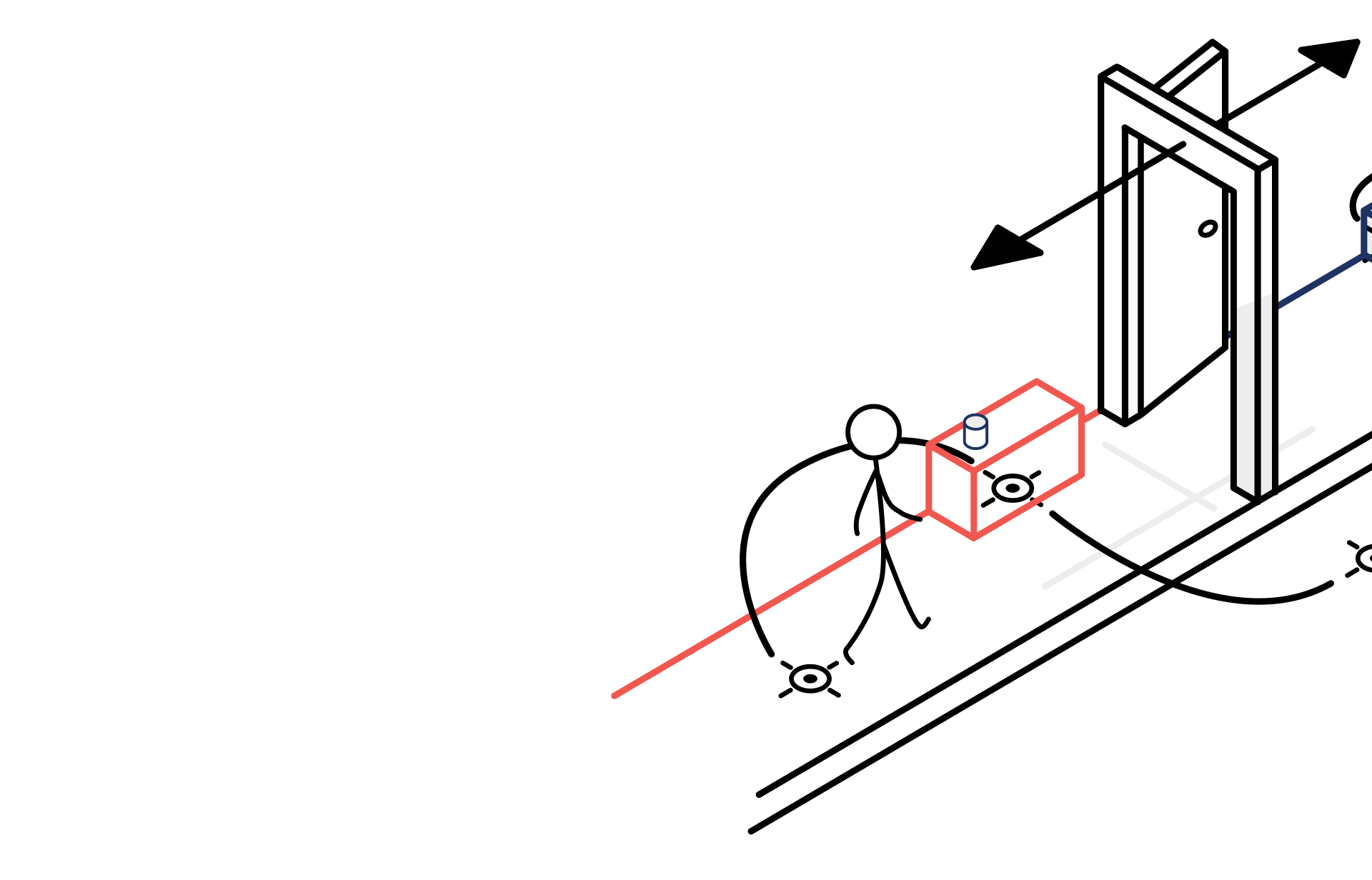 Why is it so hard to wake up?

Many reasons can cause you to wake up tired, ranging from simply how you sleep to underlying medical conditions. You may be not getting enough sleep or, if you are, you may not be getting enough deep sleep.  It may also be that you are waking up during the wrong period of your sleep schedule. Inactive or too active lifestyles can cause tiredness, as well as medical conditions and medicines.

The Internet and lightbulb have given us the chance to stay awake in a 24/7 world. Busy work schedules are keeping people up late into the night, prioritizing their job over sleep. Hustle culture, promoting nonstop work and boasting about long hours have created the mindset that we have to work now and sleep later; idolizing those that don’t sleep as a point of inspiration. For those that don’t work late into the night, access to media has caused the same effect. Rather than going to bed at an appropriate time, people elect to sit on their phones scrolling through social media, spending hours starring at the TV, or staying up playing video games.

How can I wake up easier?

The key to getting up easier is more about how well and long you sleep. 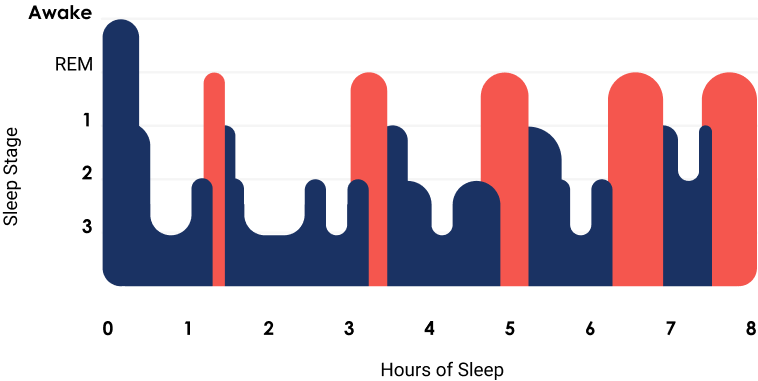 Understanding your sleep cycle is the first step to being able to wake up properly. The sleep cycle is broken down into four stages. Stage one is the transition from waking to sleeping, where your drift in and out of sleep. At stage two, your breathing and heart rate begin to slow and is the lightest form of sleep. Stage three, or deep sleep, is the most essential and is where the body heals and repairs itself. The first episode of this stage lasts between 45 and 90 minutes and becomes shorter and shorter throughout the night. The final stage is REM sleep, or “rapid eye movement.” Alternatively to stage three. REM sleep periods become longer and longer throughout the night. REM is also the stage in which all of our dreams take place. Our brains become extremely active and our eyes move back and forth as noted by the name. Our heart rates and breathing become irregular while the body releases chemicals that paralyze us so we do not act out our dreams.

How do I make sleep a priority?

In theory, it’s simple: go to bed and wake up at the same time every day. In practice, not so much: life gets in the way and we stay up much later than we should. We need a system to help keep us on track, prioritizing sleep and the habits of routine.

Marco tends to sleep 6.5 hours on weeknights, but catches up on weekends with 8.3 hours of sleep. His job supports him, his husband, and their two kids.  Time after work is spent with his family until the kids go to bed at 9, where he stays up an extra two hours watching TV and relaxing. He is usually groggy and tired in the morning, not waking up at the proper point in his sleep cycle.

Paula works from home as an independent graphic designer, typically working late into the night and on weekends. She lives in an apartment shared with two of her friends, so her she often does her work in her bedroom.  Working and sleeping in the same space, in combination with a heavy workload, make it hard to discern when she should go to bed.

01. Catches users phone to detach them from their electronics.
02. Puzzle alarm that cognitively wakes the user up.
03. Sleep cycle calculator to help you get a full nights rest.
04. Sleep habit builder to transition user from day to night. 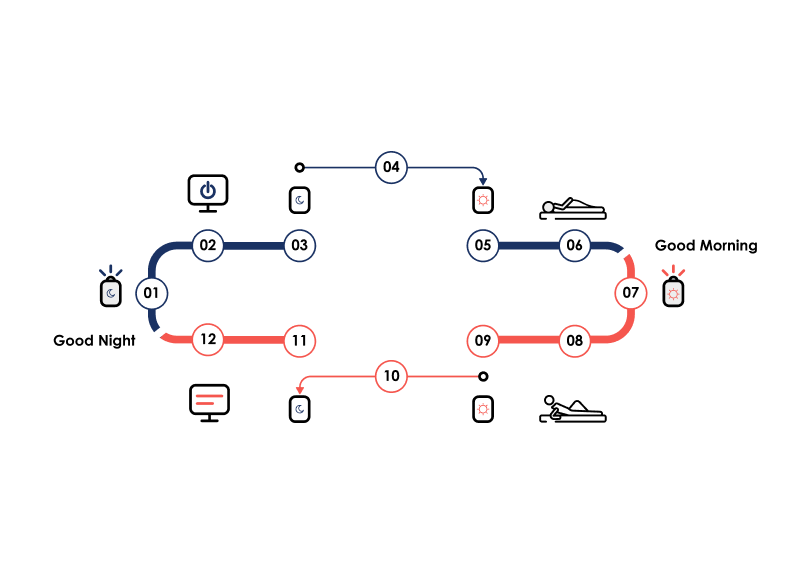 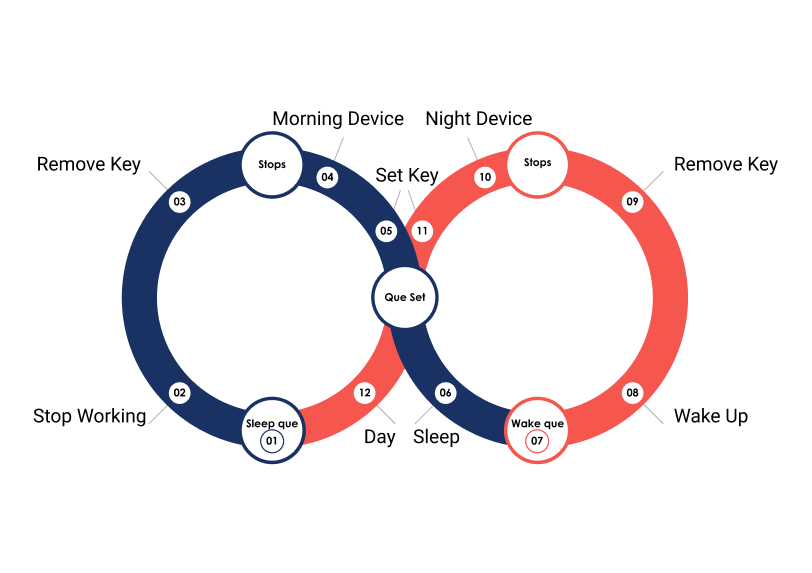 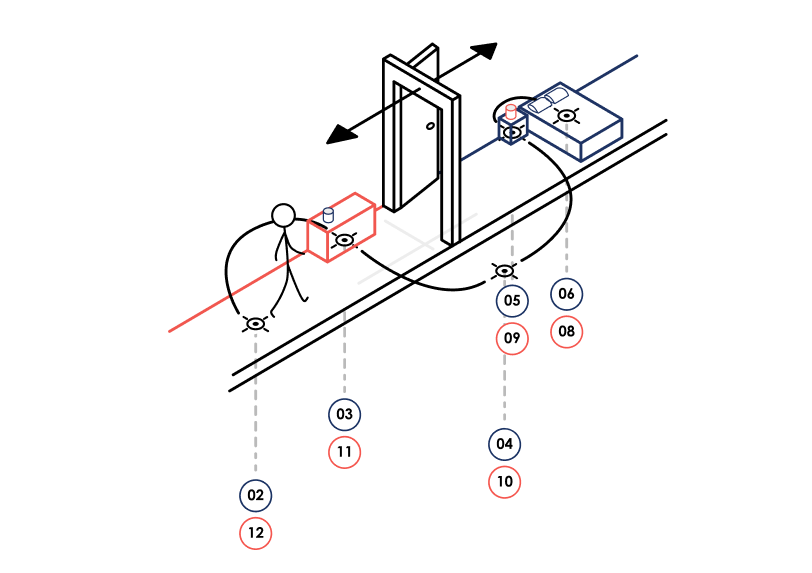 User transitions between waking to sleep through the use of two objects: Good Night and Good Morning. Each device alarms when it is time to move between the two states. The act of removing the key and setting it in the other object both turns off the active alarm and sets the next one. 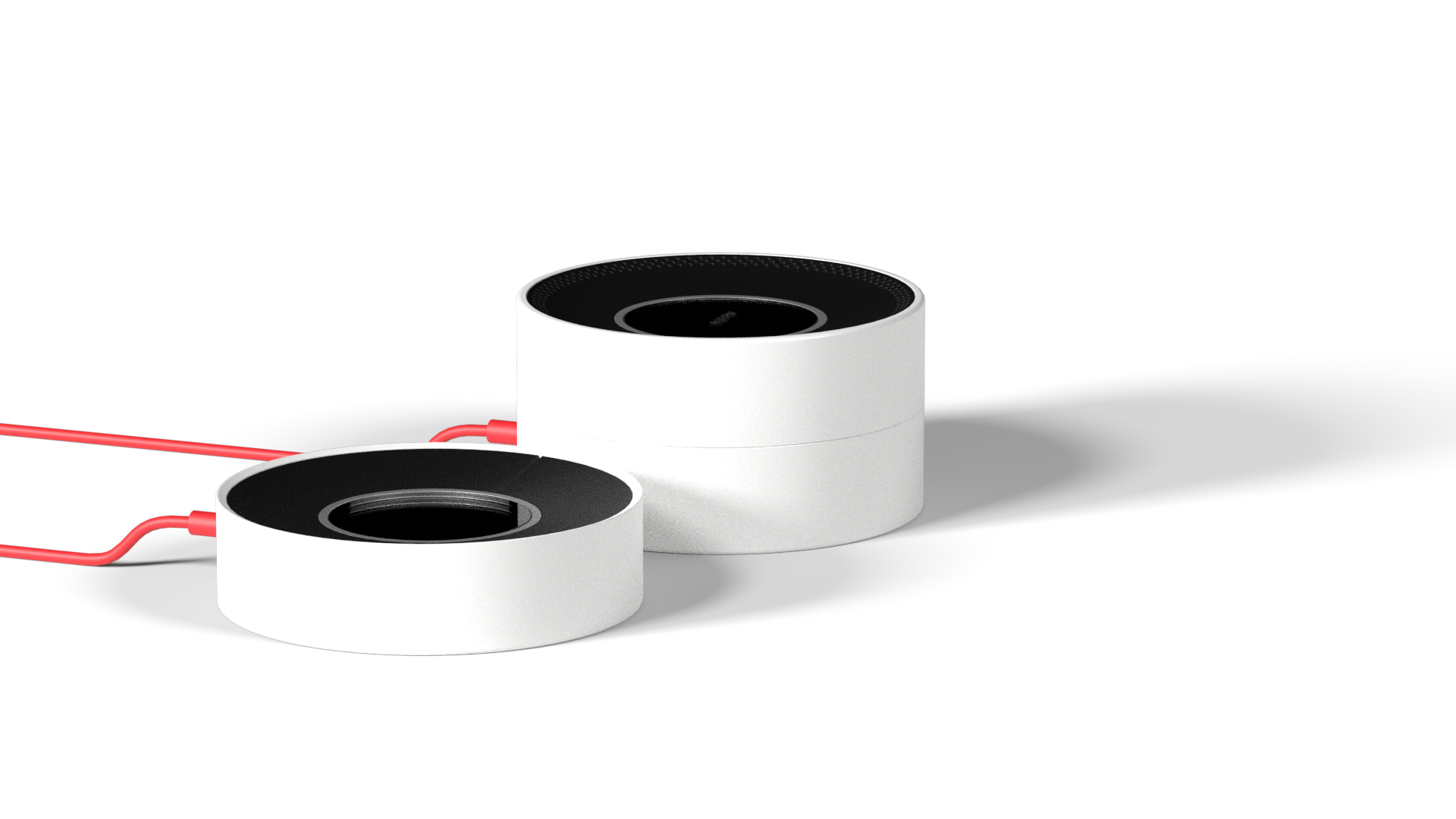 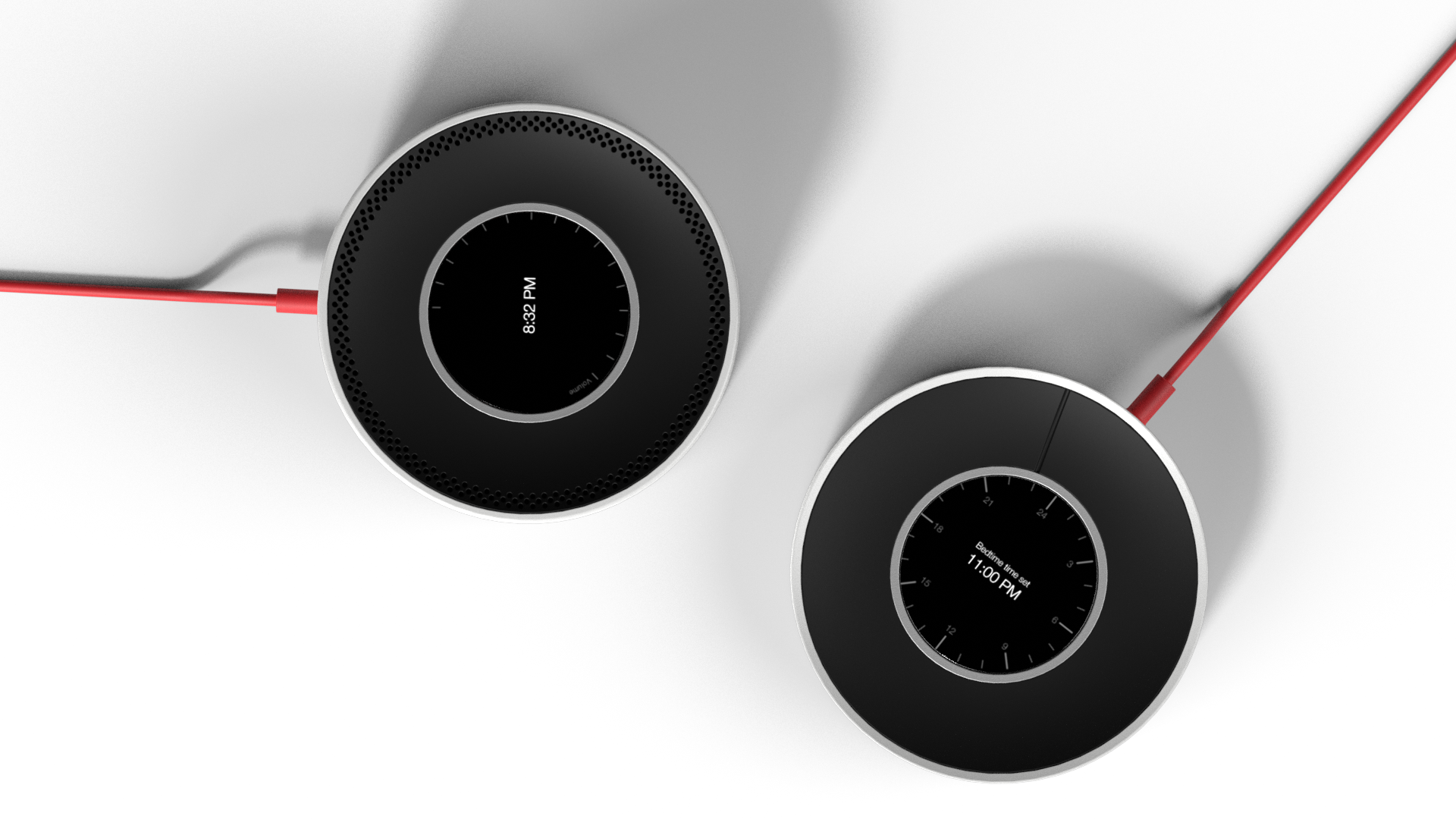 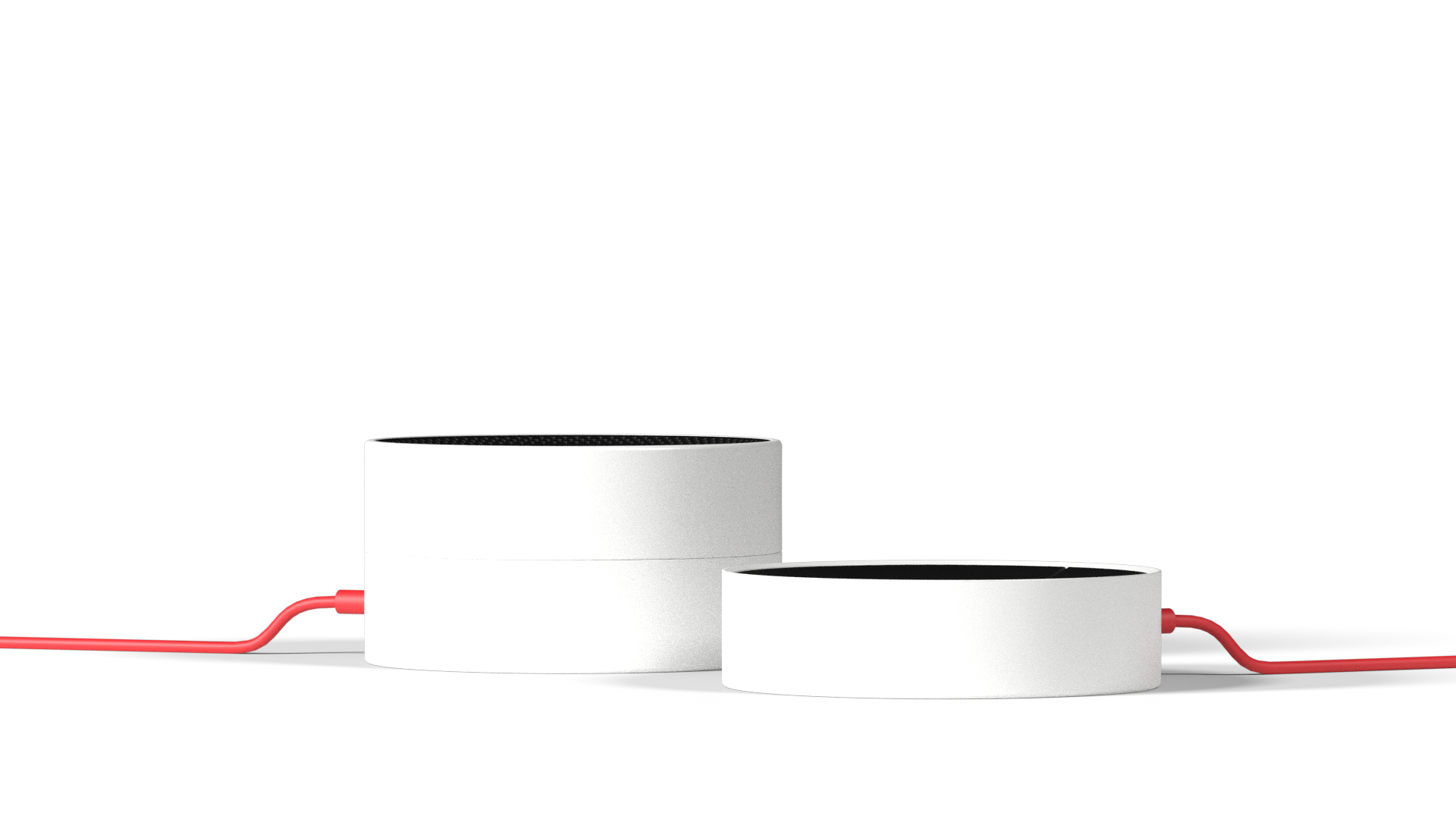 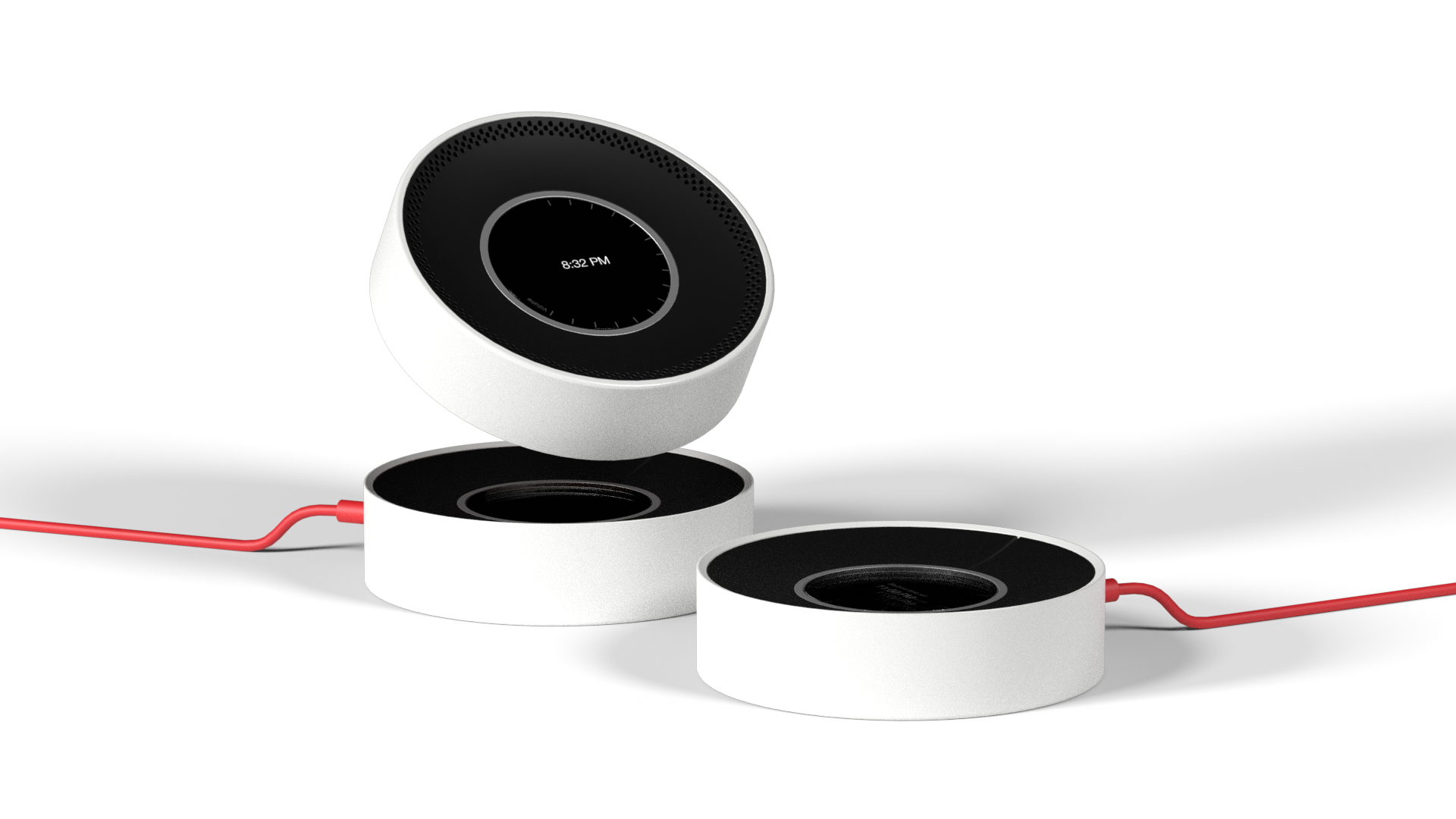 In college, the mantra “I’ll sleep when I’m dead” wasn’t too far from the truth. Late nights in the studio mixed with class at 8 AM every day made sleep at the bottom of my list of priorities, and I know I was not the only one. I knew sleep was important, but I had no idea how important it was. This project has allowed me to be okay with getting my full 8 hours of sleep, and has made me view it as a necessity rather than just something that prevents me from working or from binging Netflix. 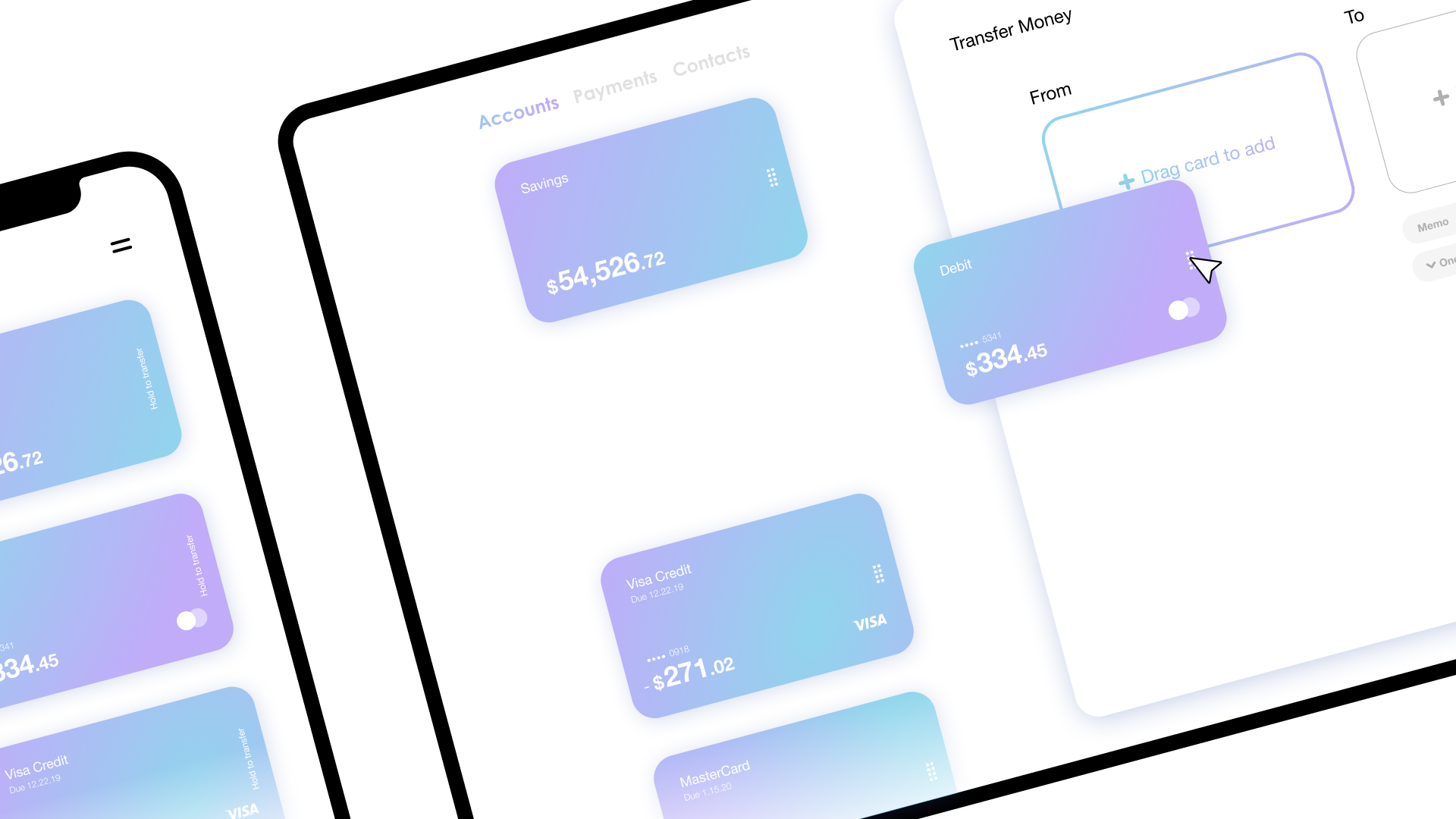 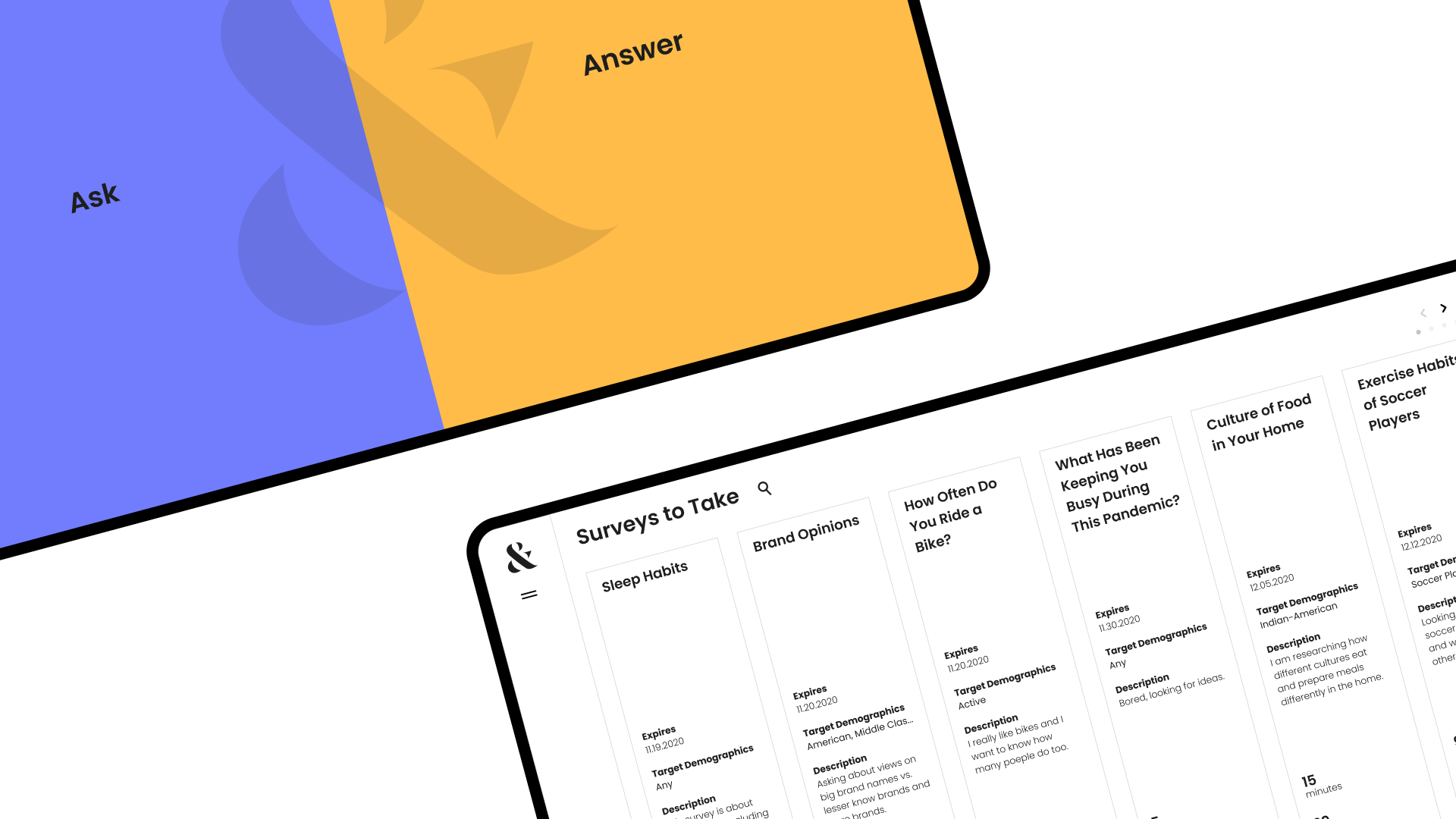 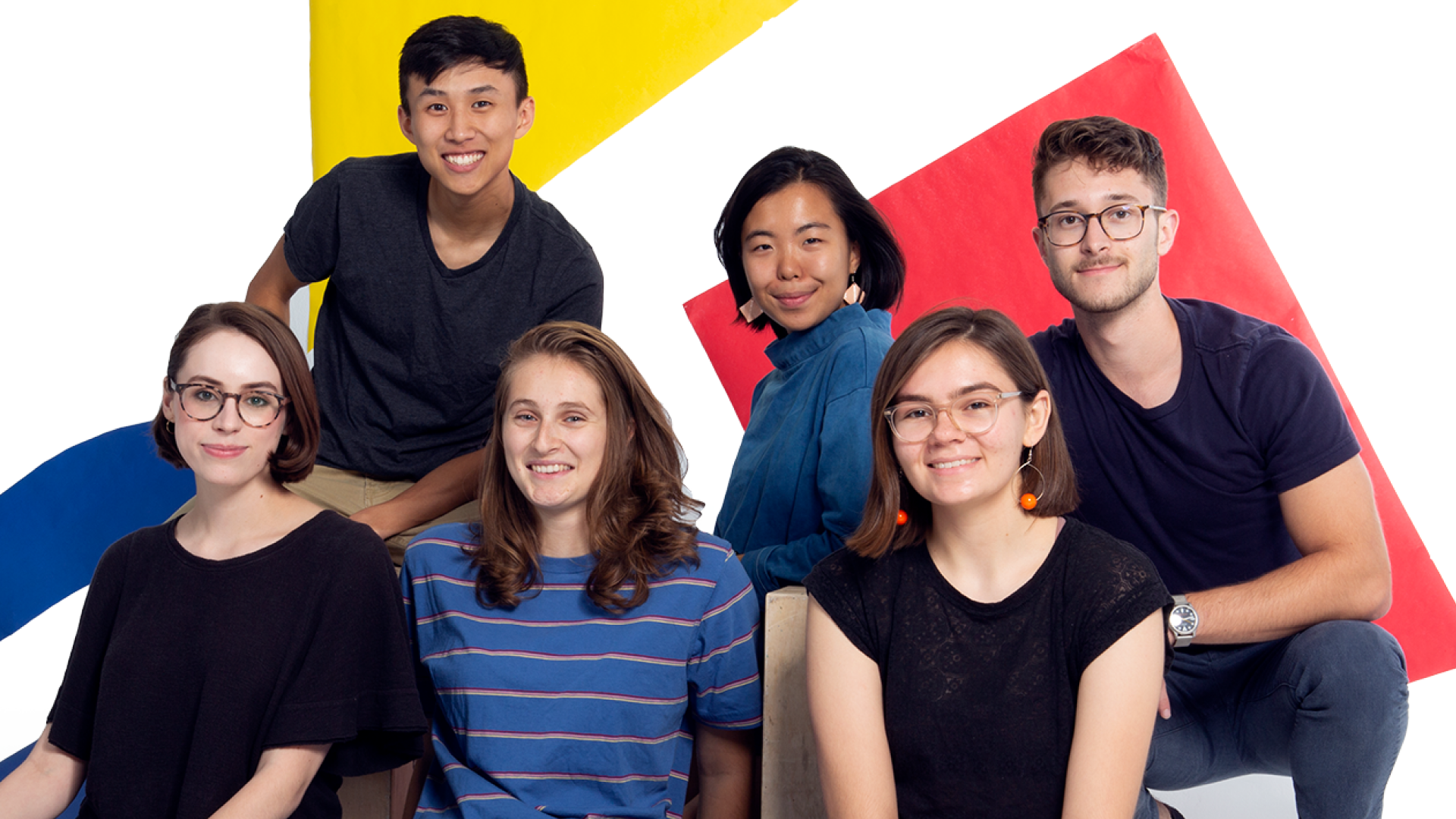